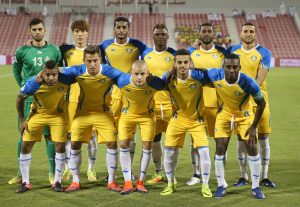 We Algharafa’s players would like to express our thanks and gratitude to Mr. Ibrahim Al-Ghanim for his career at Algharafa club and for his continuous support especially for us as players. We would like to thank him as we for his dedication during his football career with Qatar national team and we declare our full support and best wishes for his future.

Nevertheless, we feel sadden and surprised for the way he was terminated, especially that he player a direct role in ending our strike after receiving the solution Qatar Players Association reached with Qatar Football Association and the Ministry. We demand that Mr. Al-Ghanim is celebrated and paid all outstanding financial enlistments to the end of the current season.

We, as players, send this letter to Qatar Players Association as the legal representative of the players and we aim through it to support a player served the country without any hesitation whether with the clubs he played for or the national team. In addition, we would like to express our respect of Algharafa’s management decision to not make any press statements thus we shared this letter with Qatar Players Association.