Under Aspire Academy dome, Qatar Players Association entered into a memorandum of Understanding with Qatar Social Works to enhance the national cooperation between the civil society and raise awareness of the goals aimed by each entity.

Signed for Qatar Players Association Mr. Salman Al-Ansari, the President and for Qatar Social Works HE Amal Al-Mannai the CEO.

After the signing ceremony, Mr. Salman Al-Ansari said “the social duty of the players is as important as their duty in the football field and we at QPA hope that this MOU will be the first step to activate players’ role towards the society.” He added “executing the MOU is part of QPA’s strategy to enable players the opportunity to be active with the society and to enable the civil society organizations to cooperate with the players in a way that serves their goals.”

On the other hand H.E. Amal Al-Mannai said “this MOU represents the beginning of a fruitful cooperation between the two organizations and lays down the plan based on which our centers will follow to cooperate with QPA.”

H.E. Al-Mannai said “we are proud that our country’s leadership’s support for sports in addition to other sectors especially the football World Cup 2022.” She further added “building humans before building properties is a wise path and is demonstrated clearly in sports. Such importance is manifested when all individuals and corporations come together for the Sports Day in February of each year. Based one belief of the players’ contribution to the community, and in support of the civil society organizations, this MOU come to life with QPA to achieve the goals of both organizations for the interest of the society.” 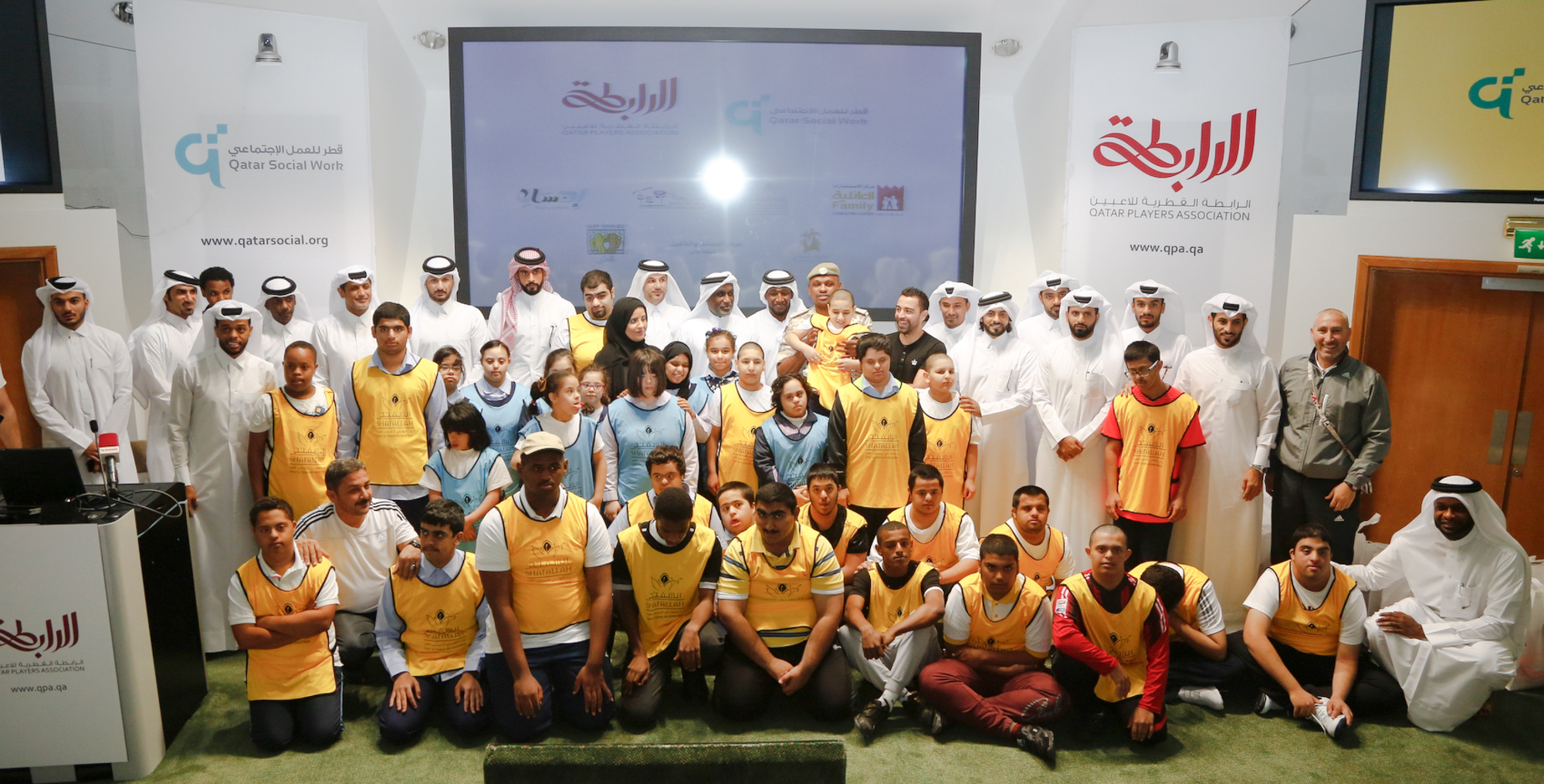 At the end of the signing ceremony, the parties exchanged gifts, where HE Amal Al-Mannai presented QSW emblem and Xavier Hernandiez presented a signed shit by the QPA’s members.

The signing ceremony was attended by a group of children from Shafalah and met with the players who handed over gifts to the children.

QPA has been incorporated in October 2015 as a private institution for public benefit independent from any other private or governmental organization, to be the voice of the players and aim to enhance their terms and conditions.